How To Handle The Post-Travel Blues 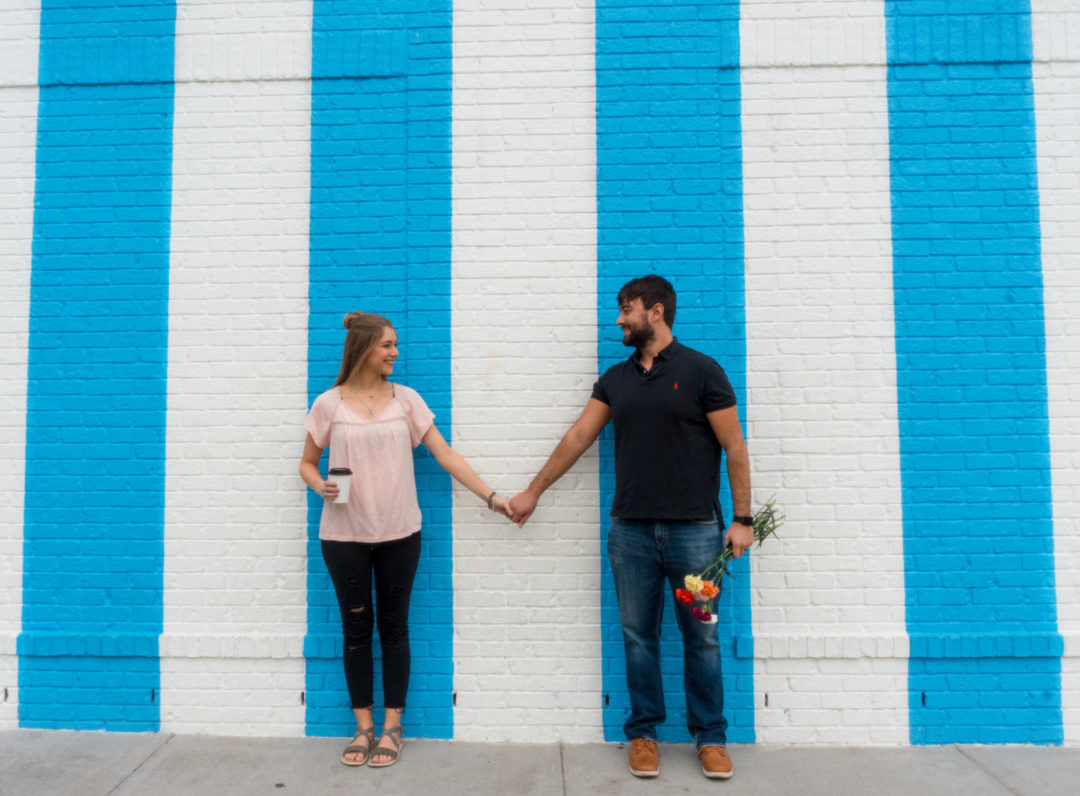 Table of Contents show
1 How To Handle The Post-Travel Blues
1.1 Here is what we experienced after returning home
1.2 For now here are some things we’re doing to curb our post-travel blues

How To Handle The Post-Travel Blues

In the summer of 2011, Logan and I embarked on a journey to Australia for a missions program through our university. It was our first time aboard without our families and we were eager to explore, learn, and discover more of the world around us. Before we left we didn’t realize how much this trip would change us or that it would spark a fever that we don’t see leaving us anytime soon. We fell in love with the friends we met from other missions teams, the local people, our host families, and found ourselves boarding our plane at the end of our summer kicking and screaming (only on the inside of course).

Fast forward to January of 2015 and a few trips later, Logan and I booked our flights for our first backpacking trip. We were heading to Japan for the month of June and were beyond ready to start planning and get there! Logan having Japanese heritage was especially anxious to experience the culture that his grandmother instilled in him.

In the months that followed we booked hotels and ryokans, ordered our Japan Rail Passes, updated our passports, read 1,000’s of articles and reviews, and brushed up on our Japanese. Before we knew it, the time had arrived and after a long flight of food poisoning and lack of sleep (I’ll spare you the details), we finally reached the dream we had been waiting for, a country that we never realized – would steal a piece of us.

Immediately upon arriving, we noticed that Japan is much different from the United States in a variety of ways. Everyone is extremely courteous and efficient, the history and culture are magnificent, and the food… oh the food, you’ll never get tired of it! Needless to say, after day one we were hooked.

Now, most of us are familiar with that aching feeling of depression or sadness when you know that a trip is about to end.  So a few days prior to leaving Tokyo (our last stop) the gloom began to sit in and only grew as we boarded our flight a few short days later.

Here is what we experienced after returning home

We often found ourselves (and still do) searching for memories from our trips, thinking of the people we’ve met, the thrill of getting lost in a new place, the craziness of having everything you owned in a suitcase/backpack, and naturally, craving the foods we ate. 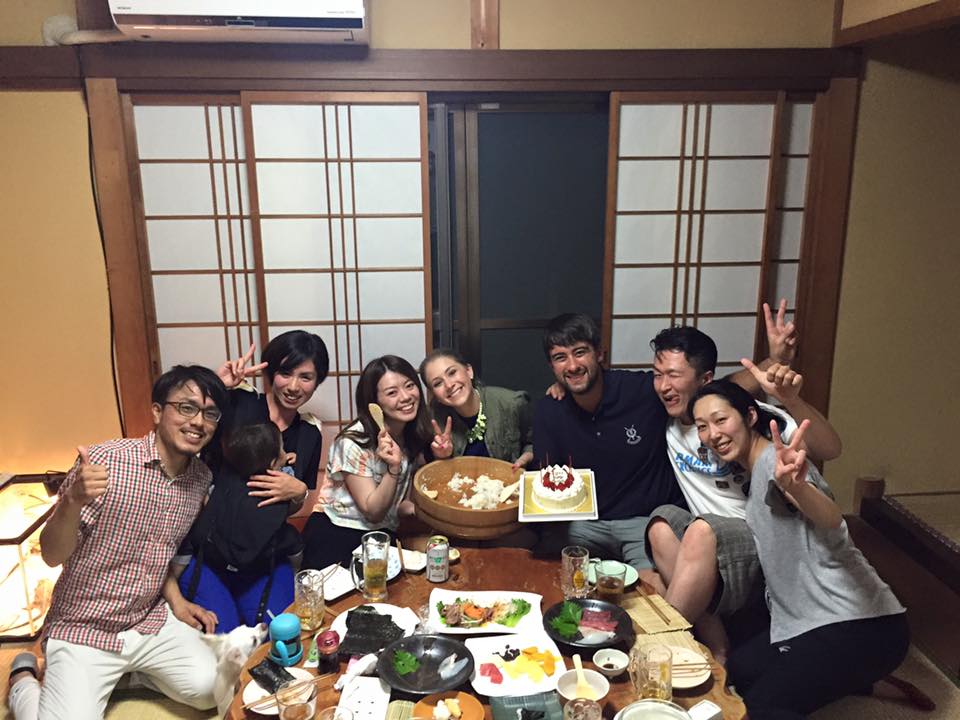 Dining with at our new friend’s house in Kyoto.

When arriving back in the United States from Japan we found ourselves confused and almost disturbed at the difference between that of these two very different cultures. A perfect example – in Japan nearly everyone is courteous to those who might be in a hurry. They even have two lines on the escalators, one for standing, one for walking quickly up or down. If someone were to bump into you accidentally, you’d immediately hear “sumimasen!” Whereas in the U.S. you don’t know what reaction you could get. Someone could swear at you or at least give you a dirty look before you had the chance to apologize.

I’m not trying to paint a terrible picture of the United States because it is a country I love dearly, but if you have ever visited, drove here, or spent any amount of time in a line, you’ll know what I mean. FYI: I know not ALL Americans are like this, but we get a bad reputation for being ill-mannered at times. 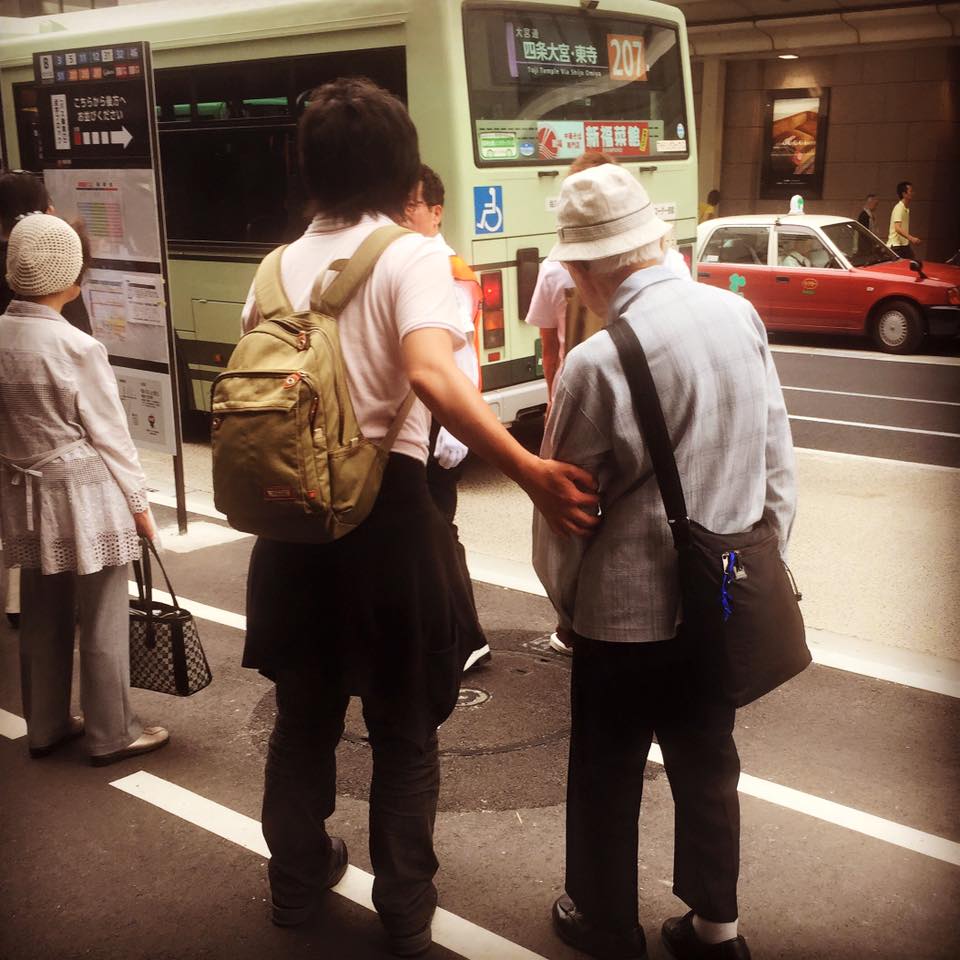 Here two Japanese teens helped this elderly man through a crowd of people. They were escorting him to his bus to make sure he reached his correct destination. After he boarded they continued their walk through the city.

When arriving back home after any of our travels there is always a sense of dread when thinking about school, jobs, bills, taxes, and everyday monotonous tasks. There were times I even thought of asking Logan if we could just live in our camping tent so we could save money and travel more (yeah, I wouldn’t make it but for a few weeks, I know). 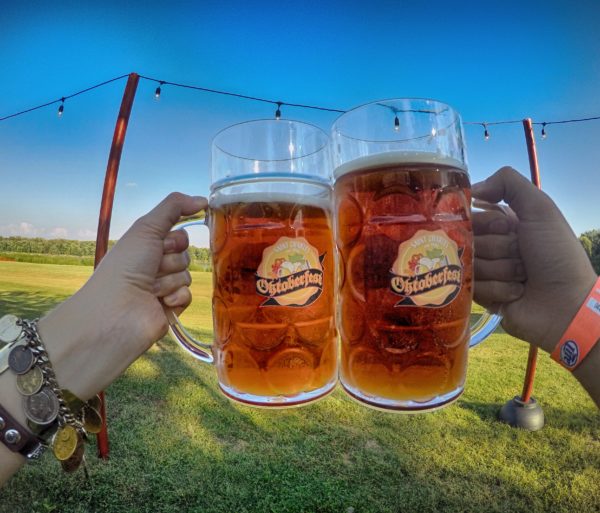 Because we haven’t been traveling as much this past year we have learned to embrace the weekend warrior lifestyle and explore more of the city we currently live in. We’ve found some amazing camping spots, hiking trails, new hobbies, and have been able to connect with our family and friends more frequently! It doesn’t matter if it is tickets to a local theater production, a train voucher to a nearby city, or a trip to a local park, even the small adventures can make for beautiful memories.

Taking a break from studying to attend Taste of St. Louis, a local food festival

Take a moment to enjoy the memories of your trip, the obstacles you faced, laugh about the times you got lost, look through photos and souvenirs and be thankful for the memories you’ve gathered there. 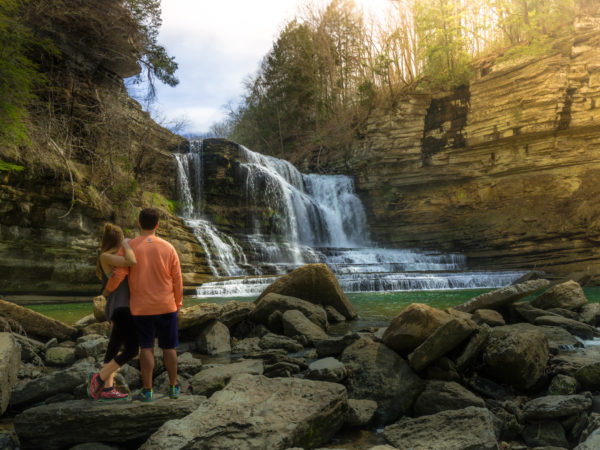 It took us forever to find this waterfall in Tennessee. We almost gave up a few times.
But we kept pressing forward and were greeted by this amazing view.

PLAN YOUR NEXT ADVENTURE

Whether it’s a small trip to a new local place or a bigger trip to a new country, having something to look forward to will definitely curb the post-travel blues. For us, we are currently in the midst of planning the rest of our summer in the SE Region of the United States for Logan’s residency rotations and another trip to Japan in the summer of 2018. 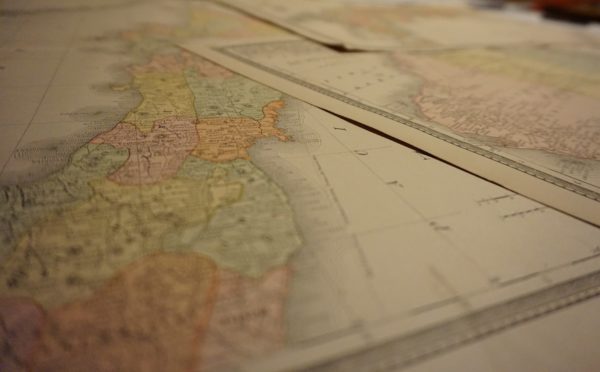 We joke with our families that we may just end up staying in Japan for a year, and if you see us board the plane with our dog Bentley, you can assume that will be true. However, full-time travel isn’t for everyone – including us. I personally believe that we will always have this aching of the exploring and experiencing the unknown – it’s just a part of us now, and I’m not complaining.

Have you been faced with post-travel depression? How have you handled it?